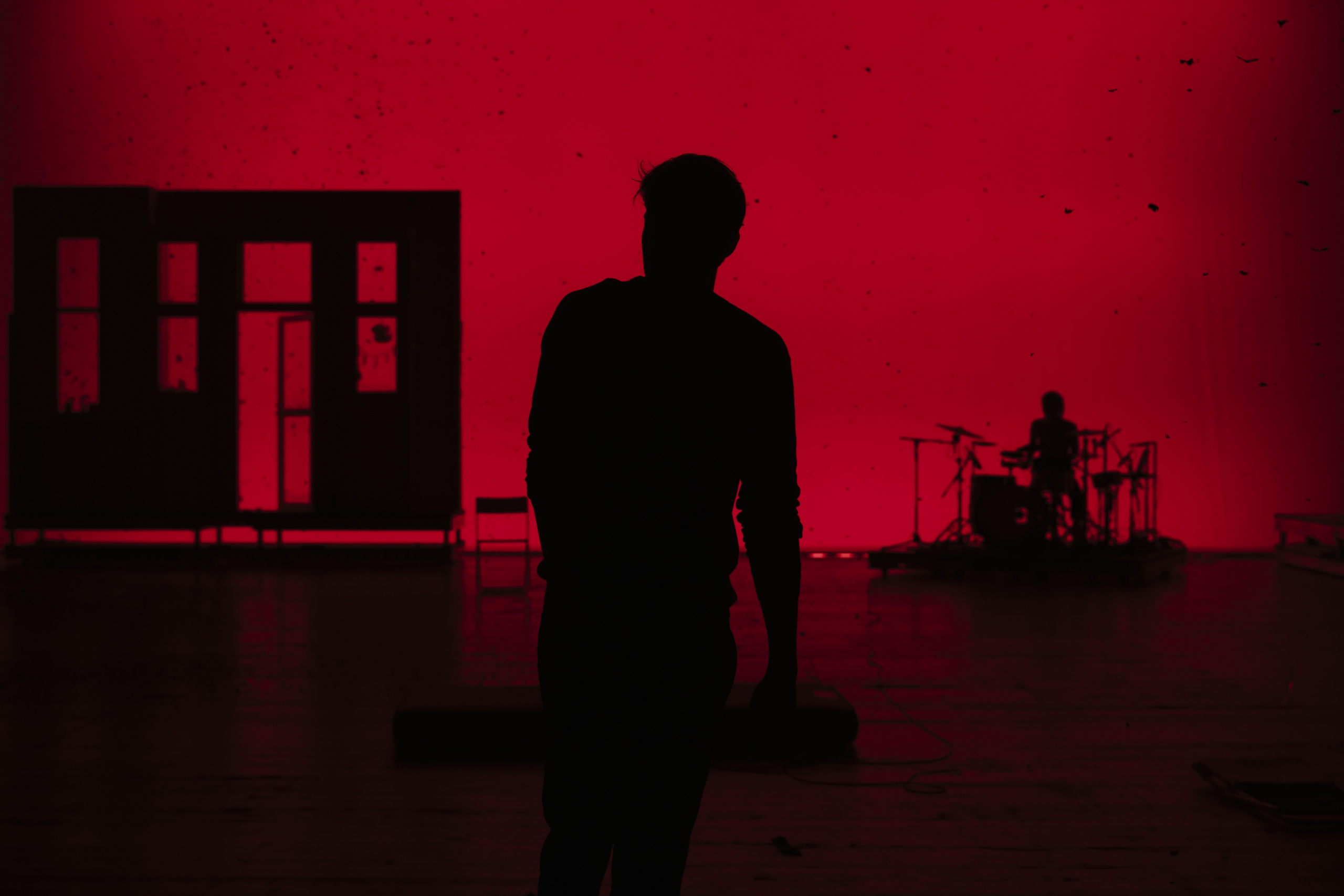 is an adaptation of a play by French writer Jean-Luc Lagarce. An artist who hasn’t been home for 12 years, on the verge of a serious illness, tries to reconnect with his family, telling them that he is dying. When he returns home with a video camera, he discovers that his family is very different from what he remembers: his mother, his sister, his brother, everyone is distant from him.

In 2018, director Xavier Dolan made a film of the same name, starring some of France’s top stars, but it was met with mixed reviews, with French audiences giving it high marks, while international audiences, who could only read the subtitles, said they couldn’t understand the actors’ performances because they couldn’t feel the emotions in the dialogue. I wonder if director Rüping with a first-rate cast of German-language theater actors will change my impression of the film.

As one of the few theaters in Europe with its doors still open, the epidemic has limited it to an audience of 50. Sitting in a converted shipyard theater, in front of a huge stage yet it is so close to the audience. The main actor, Benjamin Lillie, begins by breaking the 4th wall between himself and the audience: “My name is Benjamin Lillie, I’m 35 years old and I haven’t been home for 12 years”. Step by step, Lillie brings the audience into his own life, making one wonder how much of the character is scripted and how much is his own life experience. Brecht’s estrangement effect not only allows the audience to jump out of the play, but in turn allows those outside of the play to quickly enter the world the director has created.

“Who hasn’t been home for 12 years? He (I) hasn’t been home for 12 years.” Singing, drumming, and interacting with the audience, Lillie showed his super energy in the first few minutes with this one line. His previous performance in <It Can’t Happen Here> (click to read) was stunning, and he didn’t disappoint the audience this time either. Tall, with a hint of femininity in his face, he is so radiant in both dancing and singing that he might just beat Nils (also in this play, playing the older brother) as my favourite actor in the German-speaking theater world.

In the past, scenic designer Jonathan Mertz’s sets for Rüping’s plays were so simple that they could be described as crude. This time however, he created an incredibly detailed set, bringing all the objects of a family of four to the stage, from the fruits and pickles in the refrigerator to the souvenirs that Mom brought back from her travels.

When we recreate our own home image in our memories, we think not only of “bed here, table there,” but also of all sorts of odd little objects, like the old photos in the third drawer of the table in the lower right corner, or the keychains hanging on the wall beside the entrance.

The first half of the show ended after only half an hour with a high drumbeat, and a dozen or so stage workers came on stage to pile the hard-designed set into the corner, leaving only an empty space.

The home in the man’s memory vanished the moment he entered it, leaving only a sense of strangeness. The man and his brother were standing on the diagonal line on the stage, separated by several dozen meters, and the two brothers, who were once very close to each other, were so distant after 12 years.

The second half is the less common “regular storytelling” style in Rüping’s plays, in which the three siblings are played by Benjamin, Nils Kahnwald, and Wiebke Mollenhauer, each of whom I’ve seen in many other Rüping’s plays. It’s amazing to see them, who normally act in a totally different way this time do another style just as well, and Nils totally deserves to win Theater of the Year in Munich last year.

Whenever I watch Rüping’s plays, I look forward to the music, which can bring the audience to a climax as soon as the lights hit the music. The best part is that the seemingly cheesy approach is slightly different each time, and you never get tired of it. Actor/ musician Matze Pröllochs, who has appeared several times in Rüping’s plays, still took the lead in creating the atmosphere this time. No lines, just the passionate playing behind the drums and the kiss with Lillie through the plastic wrap, but it was the best finishing touch in the production.

The backdrop glows bright red, the actors are transformed into black silhouettes, the drums burst, the four blowers, the black dust in the sky, and the play comes to an abrupt end in this Grand Finale. The absence of the “father” character leaves more room for the intertwined relationships of the characters to operate, and the intricacies and intertwining of the relationships between the family members can be much more appreciated. The rivalry between the two brothers also makes the audience sigh, as the 12 years of suppressed emotions explode into a total lack of resolution, leaving them with nothing but helplessness.

The obvious theme of <Just the End of the World>  is “family”, and Rüping, who has just moved to Zurich as director-in-residence, intends this to be the first of his “Family Trilogy”, with the final chapter by British writer Max Porter’s “Grief is the Thing with Feathers”, the second part of which is still undecided, is destined to become a classic of German-speaking theatre when the trilogy is finished in a few years.

In normal times, I might have given it a 5 star, but for someone who hasn’t watched much theater plays in half a year and expects to end the year with a Rüping’s play, I feel this time that the excitement weren’t dense enough, and the lack of excitement in the most part of the second half didn’t completely alleviate the withdrawal symptoms of no theatre.

The play has a busy December schedule at the Schauspielhaus Zurich theater, and the surrounding countries do not need to be quarantined except for some French and Austrian visitors. (The theater is closed until Jan.22 2021) Those who can’t see it in theater have the option of watching it live on December 17 at 19:00 Central European Time for a minimum ticket price of five euros. IP restrictions may apply, so please be prepared.