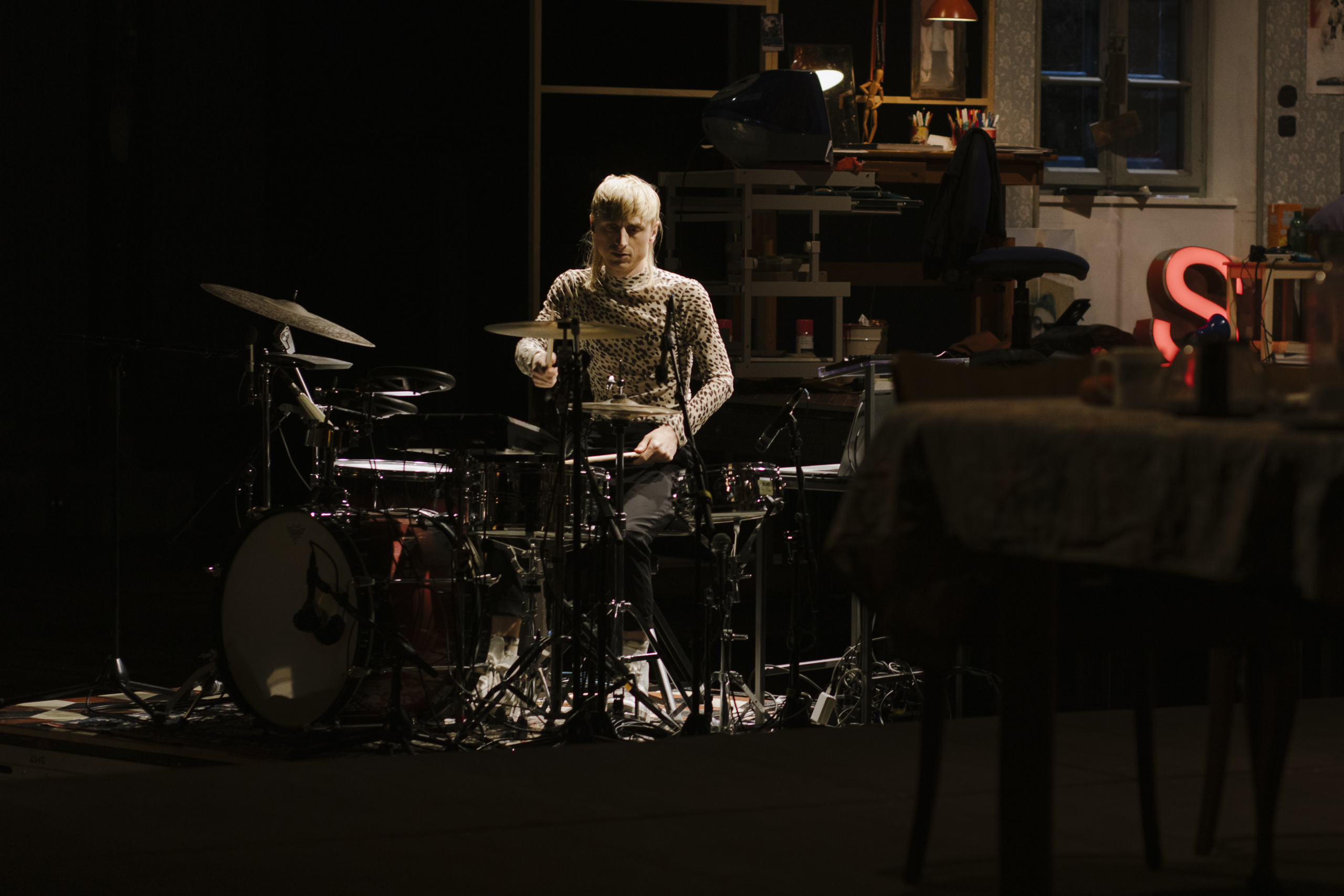 Review June 4, 2020 218Views 0Likes 0Comments
This article was first published in the May 2020 issue of <NCPA Magazine>
Editor: Zhenzhen Cao In modern theatre, music is often a neglected part of the show, music is rarely in the spotlight when we talk about theatre, there’s also many people call theatre music the “Phantom of the Theatre”. Although music in film art often seeks to be overlooked and ignored, as “the best film music is music that is not noticed by the audience,” can music only hide behind the scenes in silence? Who decided that the main part of theatre is the text, the dialogue, instead of the music?

1. characterization: people have already established different impressions of various kinds of music before they enter the theatre, for example, “cheerful” and “tragic” in terms of rhythm, “patriotic songs” in terms of theme. Once the audience enters the theatre with this impression, the director can make full use of this connection between music and emotion to portray the character. In the Tony Award-winning play “Ferryman” about the hunger strike in Northern Ireland, the famous Irish rebellion song “A Row in the Town” and the Northern Irish punk song “Teenage Kicks” were used when the IRA (Irish Republican Army) appeared.

2. Shift in time and space: Compared to opera, the spatial structure of a play is rarely “in and out”, but rather immerses the audience in the story, which gives contemporary German theatre an opportunity to take advantage of it. This is similar to the effect of the chorus in ancient Greek theatre, where the dialogue and actions of the characters are judged and reflected upon without missing a beat. In Meng Jinghui’s new version of “The Teahouse”, live Rap is used between scenes for scene transition.

3. Render the atmosphere: Traditionally, the main role of music in the arts of film and theater is to render the atmosphere. Although the artistic effect of film relies heavily on visuals and language, without the accompaniment of music, the film’s effect would be greatly reduced. As an example, director, Chritopher Rüping of Munich Kammerspiel, always slowly draws the audience to a high point and then followed by some epic music, which make people’s emotions burst and climax.

In the process of creating theatre music, unlike in the past, when musicians were approached only a week before the premiere, musicians are now increasingly involved in the entire creative process from the first day of rehearsals, providing musical suggestions on the one hand, and working with the director and actors to promote the improvement of a play on the other. In subsequent productions, many directors have chosen to have musicians play live on stage, where the “playing” even includes conversing with other actors. But even though the identity of theatre musicians is becoming more and more diverse, they rarely limit themselves to the theatre, but want to explore more musical possibilities.

In the process of putting together a play, the new generation of directors is increasingly able to understand the concepts provided by the musicians, for example, they can trust that when a musician is needed to provide “satirical European nationalism”, the final product will be roughly in line with the theme, unlike the older generation of directors who had to hear the finished music. This may also be one of the reasons why American director Robert Wilson used a wide range of pop songs in his plays.

The form of music in theatre is always innovative. While opera, concert, ballet – each art form corresponds to a model that includes staging, audience etiquette, audience interaction, etc. – theatre is constantly trying to break down the barriers between these models on stage, such as the opening scene of the British National Theatre’s “Julius Caesar”, which has the audience gathered around a small stage to hear the actors rock and roll. In German theatres, there are even more radical experiments with musical possibilities, such as using deafening noise to make the audience feel uncomfortable, and let them focus on the “hearing” itself.

Since the creation of MIDI and microphones in the 1990s, musicians have also had more room to play on stage, where they can record and edit various sound effects in real time. The biggest advantage of microphones over ordinary instruments is that they can be combined with vocals in an infinite variety of ways. Rüping’s <It Can’t Happen here”> uses harmonizers to make the human voice mechanical, and making people feel detached from the character. Or in the case of a solo performances, by repeatedly recording one’s own voice overlaid on top of each other to create a harmonic effect.

In the past, music often complemented the play, such as Beethoven’s music for Goethe’s “Egmont”, Mendelssohn’s music for Shakespeare’s “A Midsummer Night’s Dream”, and so on. Today, however, theatre music is often composed for a play alone, moving away from being a separate part to a supporting role, and because music and text are so closely integrated in modern theatre that the music itself, stripped from the play, cannot be called a separate “work” like an opera. But it is precisely because of this symbiotic relationship, and the constant innovation of theatre music forms over the decades, that music has become increasingly important to modern theatre.