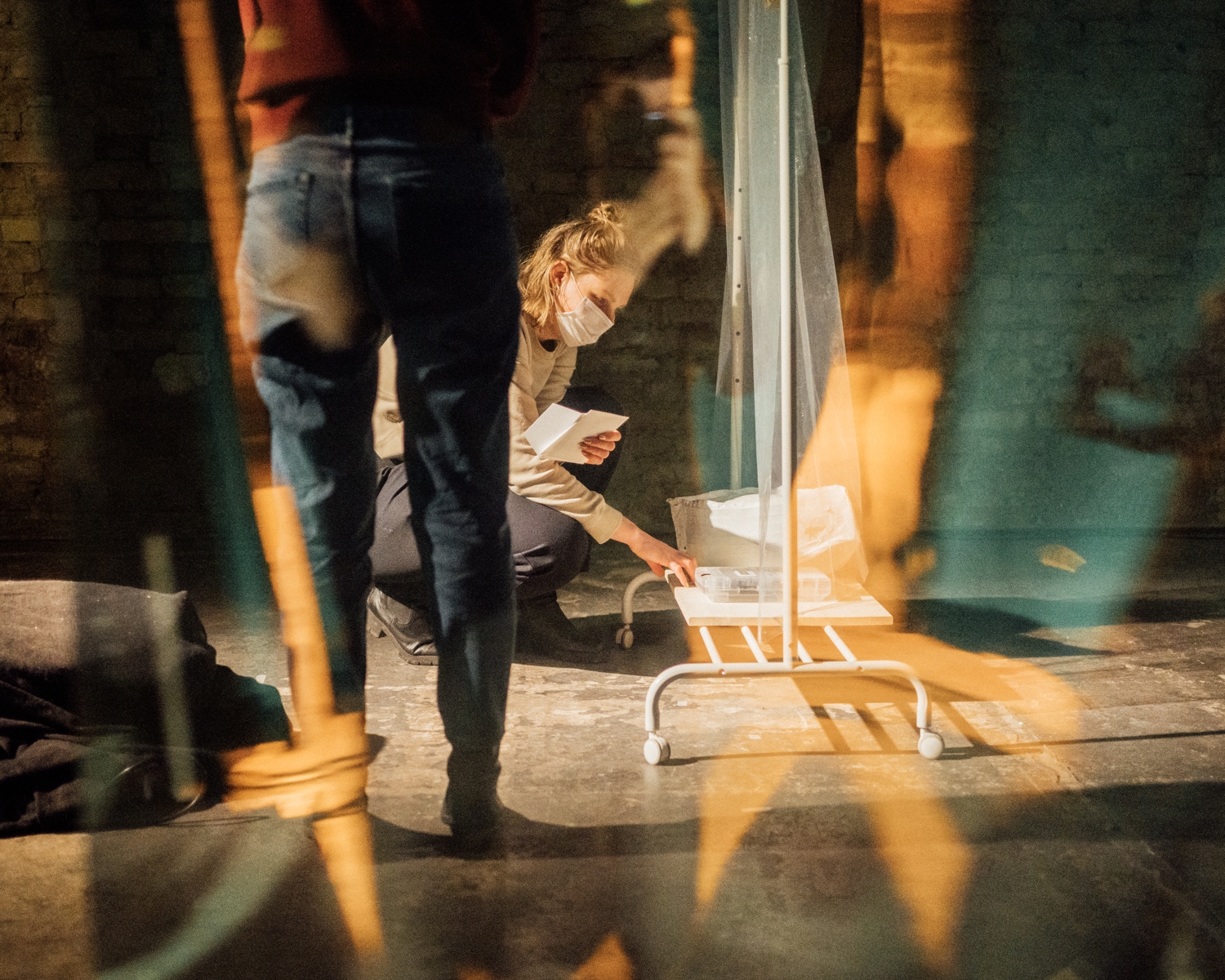 If You would Play Again

Imagine you’re lost in someone’s consciousness: a place where memories and dreams intertwine and the lines between the physical and virtual worlds blur.

Part immersive installation, part interactive performance, “If You Would Play Again” invites the audience to play a game with no winners or losers and to wander through a labyrinth of memories. By entering a multimedia installation, a group of audience members are absorbed into the dreams, consciousness and imagination of the performers. At the same time, the performer remains a non-physical figure behind the screen, appearing in a series of surrealistic and dreamlike cinematic shots. The playful structure aims to challenge the linear conventions of dramatic narrative and to play with the dynamic relationship between group and individual, between freedom and responsibility.

A cell phone, a TV, a projector, a tape recorder, simple amenities in the Berliner Ringtheater paired with a mysterious envelope given to each audience, create an interactive game that is all very interesting. The creators were interacting with the audience in real time from backstage, yet from the viewer’s point of view, it felt like the instructions broadcasted through the speaker were pre-recorded, slowly the audience started to doubt that conception by interacting with the voice, wondering whether the creators had predicted their own reactions in advance or whether someone was controlling the whole game in real time, this “self-doubt” deepened as the performance progressed and the game was repeated.

The show is presented three times, one of the core concept is that each of the three times is slightly different, as the audience walks to the exit after seeing the show once, they are faced with the choice of leaving or “playing again”. The whole experience is reminiscent of “Sleep No More”, which is also performed throughout a building and repeated three times, but the difference is that the content of “Sleep No More” is the same throughout the three times, the only thing changing is the audience’s position and active choice of perspective, while in “If You Want to Play Again”, the audience follows a set route, with each time a slightly new experience brought by the creators. “If You Want to Play It Again” is relatively less self-selection and “immersion” for the audience, but for those who prefer traditional theater, it is a work that is bridges traditional and immersive theater.